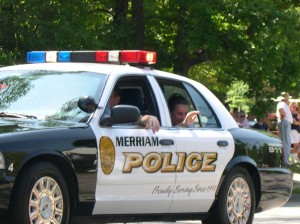 You Can Remain Silent When Police Arrest You

What’s more, the fact that a person remains silent may not be considered as a factor in deciding on guilt or innocence.  Seriously, take the moment to consider this.  Imagine you are sitting on a jury in a highly contested robbery case where the prosecutor claims Bob beat a man senseless and took a diamond ring, and the defense witnesses claim that Bob was not the culprit at all, but rather a lookalike did it.  You as the juror wait through a long trial, and you are waiting to hear from the man accused of the crime.  What is his explanation for this?  How will he act on the stand when he testifies?  Will he be convincing?  Yet, when the time comes to finally hear from this man that you are at the trial for, the defense attorney rests his case.  You are sent back to deliberations left with all of those unanswered curiosities.  Would you hold it against the man for not testifying?  The rule is, the law is that you cannot.  You cannot hold it against him. You cannot allude to it or talk about it or consider it when discussing the fate of the man with the other jurors.  You must uphold the constitution.

Our Firm has done several jury selections, and we always talk to the jurors about the 5th amendment right to remain silent.  We always, 100% of the time, learn that there are several jurors in the crowd who would consider the failure to testify as a factor against the defendant in the ultimate decision.  Because, after all, why would an innocent man not testify?

There are many reasons that innocent people do not choose to testify.  English could be a second language, perhaps they are not well trained in speaking at all, perhaps they would leave a bad and false impression if they testified, perhaps they were simply told not to testify by the lawyer, and obliged the advice.  Regardless of the real reason why a person does not testify, the thought in most minds is the same.  The person did not testify because the person is guilty and he has nothing good or honest to say about the criminal act.

Brief History of the Right to Remain Silent

In 1789, the United States Congress presented our Bill of Rights.  From this point forward, United States citizens have enjoyed the right to remain silent.  The 5th Amendment does not say these words verbatim, but rather states “[no person] shall be compelled in any criminal case to be a witness against himself.”  This was thus interpreted to mean that we have the right to remain silent in criminal cases, so as to avoid becoming witnesses against ourselves:

No person shall be held to answer for a capital, or otherwise infamous crime, unless on a presentment or indictment of a Grand Jury, except in cases arising in the land or naval forces, or in the Militia, when in actual service in time of War or public danger; nor shall any person be subject for the same offence to be twice put in jeopardy of life or limb; nor shall be compelled in any criminal case to be a witness against himself, nor be deprived of life, liberty, or property, without due process of law; nor shall private property be taken for public use, without just compensation.

The underlying idea behind the rule was simple.  Governments are more powerful than regular people.  Governments can take a person’s entire life away.  If a Government is going to accuse a man of a crime, then the government must have proof of its own, without compelling the accused himself to say a word.