What is DWI ? (“Driving While Intoxicated”)

Did you know that over 1/2 a million people ask Google what is dwi, every single month!

This article explains what DWI is.  It also offers comparisons of what DWI is in Texas as opposed to 4 other States of the U.S.

“DWI” stands for the crime of Driving While Intoxicated.  All states have individually written laws that describe specifically what DWI is defined as.  If you are curious about what DWI is for your specific state, you can always find a state’s individual penal code (and definition for DWI) online.  Just simply search  DWI  ________ (State you live in) and “penal code”, which should bring you to a primary source. 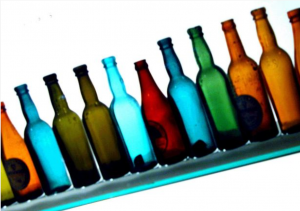 What is DWI, Find out in the LawyerDefend.me Blog!

What is DWI According to Our Great State of Texas?

If you were to actually go to your local law library in Texas (ours in is the Bexar County Court House on the 5th Floor), you would be able to find the following law defining what DWI is (it is in a copy of the Texas Penal Code, incase you really need to find a book on this).

“Sec. 49.04.  DRIVING WHILE INTOXICATED. (a) A person commits an offense if the person is intoxicated while operating a motor vehicle in a public place.

(A)  not having the normal use of mental or physical faculties by reason of the introduction of alcohol, a controlled substance, a drug, a dangerous drug, a combination of two or more of those substances, or any other substance into the body; or

This Law is simple.  If you are caught Drinking and Driving, an officer will pull you over.  The officer will arrest you and charge with with Driving While Intoxicated.  That means, the Officer is saying that you blew into a breath test and had .08 blood alcohol content (“BAC”) according to the test.  Or instead of taking the breath test, you might have had your blood drawn.  The two tests look for a measurement of alcohol content in your system.  More easily put, let’s quote Wikipedia:

“Blood alcohol content is usually expressed as a percentage of alcohol (generally in the sense of ethanol) in the blood. For instance, a BAC of 0.10 means that 0.10% (one tenth of one percent) of a person’s blood, by volume (usually, but in some countries by mass), is alcohol.”

The DWI law above also says this:  If you did not blow into a breath test, or have your blood taken, we can STILL prove you are intoxicated if we can show that you did not have your normal intelligence or normal coordination because YOU drank alcohol.

So, that said, there are two ways to define DWI.  One is that the person was driving while they had .08 BAC.  The other is essentially that you just weren’t as capable as usual because you drank.  These two things equally define DWI in Texas, just like there are multiple definitions of the word “beat” (violence or rhythm).  The prosecutors can choose which definition they will use to prove DWI.

If you have questions about this, comment below, and I promise to answer your DWI questions!!!

We spend the next few paragraphs comparing this above provided Texas DWI law to the laws of other States.  For the sake of organization, we have just used the first 4 States of the U.S. starting with “A”.  If this article is of use to others, we may add all of the other states to our blog down in the weeks to come.

What is DWI According to Alabama?

Compare to Texas DWI:  In Texas, DWI has the same BAC level of .08.  But, in Texas we do not define intoxication as having a substance in our bodies that would make us incapable of “safely driving”.  In Texas, we state that if a person has lost the normal use of their mental or physical abilities, due to alcohol, then they are intoxicated by definition.  How is it that Alabama Prosecutors prove someone was incapable of safely driving.  Isn’t this standard too vague to be enforced?

* In Alaska DWI is called DUI (Driving Under the Influence)

* In Texas, we have DUI, but it only applies to MINORS that are caught drinking with any amount of alcohol in their bodies.

What is DWI According to Alaska?

In Alaska, DWI is referred to as OUI in Anchorage and DUI in other parts.

Alaska DWI laws are as follows (in summation):

What is DWI According to Arizona?

The Arizona DUI Statute is as follows:

What is DWI in Arkansas?

When you ask the question “What is DWI?”  The answer is, it depends on what State you were in when you got charged with it.  Most states refer to DWI as DUI.  Most, if not all have one thing in common when it comes to the question, and that is .08 BAC or higher is by definition illegal intoxication and should be punished criminally.  All that said, do not drive in any state, or in any place with a .08 BAC on your breath or in your blood.  It is a crime, wherever you go in the U.S.