What is Criminal Law (Texas)

When a person asks, “what is criminal law?” it is best to explain how the body of law works in the context of a regular person in every day life.

Bobby goes to Dillard’s and he hides a purse in his jacket.  He passes the point of sale and leaves the store.  Security is called.  The security guard approaches and holds Bobby until the police arrive.  The police officer reviews the security video and concludes he has probable cause to arrest Bobby for Class A misdemeanor theft.  Bobby is arrested and charged with theft.  Bobby waits in the jail for 8 hours, and is brought before a magistrate judge, who sets Bobby’s bail at $20,000.00.  Bobby posts his bail, and is given a piece of paperwork indicating the day he will come back to court and handle his new criminal theft charge.  He is assigned to County Court at Law 11, before the Honorable Judge Key for April the 22nd, 2013.  When he arrives at the court, he indicates that he is poor and unable to afford a lawyer.  Bobby is given a court appointed lawyer.  Bobby realizes that because of the security video, he has no chance of winning his case.  So, he accepts a plea bargain agreement, involving 6 months of probation and $500 in fines.  He signs the paperwork, and begins his probation.

Numerous criminal laws dictate how this story went for Bobby.  First, the Texas Penal Code says that it is illegal to commit theft.  That theft statute is one of many criminal laws.  Then, when the Officer was called, he determined he had probable cause to arrest Bobby.  This probable cause law enabled the Officer to conduct that very arrest, as found in the Texas Code of Criminal Procedure.  After Bobby, was arrested, a bail amount was set for him, so that he could bond out prior to his court date, as mandated by the criminal law right codified in the  Texas Constitution.  When Bobby appeared in court, he was not immediately convicted and thrown into jail.  Rather, he was given a lawyer, and had the opportunity to understand the evidence against him.  He was given the choice to fight the case, and decided to take a plea bargain agreement instead.  In this way, he exercised his criminal law right to due process, as found in the United States Constitution (Due process is a criminal law that simply means, the person has a right to some legal process before being convicted). In sum, everything that happens to a criminal from the moment of the alleged criminal act, until the closing of the case is dictated by this large body of rules called “criminal law.”  The following more formally explains these various sources of Texas Criminal Law, which are offered in the attempt to answer the question “What is Criminal Law?” 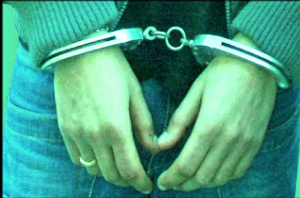 What is Criminal Law? It is the most important body of law that any civil society creates.

Where to Find the Primary Sources for Texas Criminal Law

4 Reasons for Having Criminal Law

We have criminal law in order to meet 1 of 4 ends:

Never Allow Yourself to Think “Criminal Law Does Not Matter to Me, Because I am Not a Criminal”

Many people believe that criminal law is somehow dirty.  They do not engage in crime.  They would never defend a criminal.  Criminal Law should be known only to the low-lifes that deserve to be where they are going.  I used think this way, too, which is why I really do understand the mentality.  I am a person that has never even gotten a speeding ticket, or one of those common “Minor in Possession” charges that college kids get.  I am a rule follower.  So, certainly, I am not a criminal, and have never faced a criminal investigation or charge.  Yet, I know now that thinking of criminal law as inapplicable to me, or unimportant is a mistake.  Criminal law is the most important body of law that any civil society creates.  That is, there are at least 30 different types and topics of laws for the State of Texas alone.  Some include the tax code, the utilities code, the health & safety code, the family code, the finance code, and the probate code.

Criminal law is the only section of law that could remove a person’s fundamental rights, such as freedom, or even life.  Criminal law enables or disables the abuse of police power.  It decides how low society is willing go to punish what it deems wrong.  It is the governing language on what is bad and what is, in effect, “criminal.”  There is no body of law that can change a person’s life as profoundly as criminal law.  Criminal law confronts questions of privacy, speech, and freedom, questions that the “utilities code,” rarely if ever confronts.  If criminals do not have good laws then no one does because anyone can be criminally charged at any unexpected time.   Having represented over 1,000 criminal defendants, I can tell you that some are innocent, and the innocent are never expecting to be accused of a crime when they are, and are always shocked at the brutal, unavoidable unpleasantries of the system as it is now.  Any worse, any less would be intolerable.  Criminal law attorneys enjoy the honor of enforcing criminal law as it is written, against any giant that thinks it doesn’t matter.  What is criminal law?  It is “fundamental rights law.”