This article quotes all of Section 8 of the Texas Penal Code which lists several defenses to crime.  The purpose is to state the Penal Code and then offer an easy to read version of the criminal defense. Cook & Cook seeks for the LawyerDefend.me website to be a real resource for the criminally accused and their families. 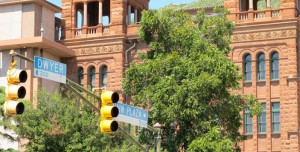 Here is the Texas Penal Code Law On Insanity:

Sec. 8.01. INSANITY. (a) It is an affirmative defense to prosecution that, at the time of the conduct charged, the actor, as a result of severe mental disease or defect, did not know that his conduct was wrong.
(b) The term “mental disease or defect” does not include an abnormality manifested only by repeated criminal or otherwise antisocial conduct.

Here is What the Insanity Law is In Layman’s Terms:

You cannot prosecute a person that was insane when they committed a the crime.  Insane means the person had a mental disease or defect that made the person unable to understand right from wrong.

The Texas Penal Code on the Mistake of Fact:

Sec. 8.02.  MISTAKE OF FACT. (a) It is a defense to prosecution that the actor through mistake formed a reasonable belief about a matter of fact if his mistaken belief negated the kind of culpability required for commission of the offense.

(b)  Although an actor’s mistake of fact may constitute a defense to the offense charged, he may nevertheless be convicted of any lesser included offense of which he would be guilty if the fact were as he believed.

What Mistake of Fact Defense Means in Layman’s Terms:

With many crimes, you cannot be guilty unless you actually intended on committing the crime.  For instance, if a person is charged with theft, the thief MUST have intended to steal an item.  If Sally is charged with stealing a scarf, but she truly believed she had picked up her own scarf (had a mistake of fact), and did not intend to steal a scarf at all, then Sally’s mistake of fact is a defense to her crime.  If your mistake of fact, makes it such that you did not mean to commit the crime, then this very mistake may be a defense to the crime itself.  This is a very simplified version of a very complicated defense.  You will need to talk to a criminal defense lawyer if you are considering using this defense.

The Mistake of Law Defense According to the Texas Penal Code

Sec. 8.03.  MISTAKE OF LAW. (a) It is no defense to prosecution that the actor was ignorant of the provisions of any law after the law has taken effect.

(b)  It is an affirmative defense to prosecution that the actor reasonably believed the conduct charged did not constitute a crime and that he acted in reasonable reliance upon:

(1)  an official statement of the law contained in a written order or grant of permission by an administrative agency charged by law with responsibility for interpreting the law in question; or

(2)  a written interpretation of the law contained in an opinion of a court of record or made by a public official charged by law with responsibility for interpreting the law in question.

(c)  Although an actor’s mistake of law may constitute a defense to the offense charged, he may nevertheless be convicted of a lesser included offense of which he would be guilty if the law were as he believed.

Here is What Mistake of Law Means in Simple Terms:

It is no defense that you did not understand the law when you violated the law UNLESS you can prove you reasonably relied on an Official written interpretation of the law.

Intoxication as a Defense to Crime– The Penal Code States:

Sec. 8.04.  INTOXICATION. (a) Voluntary intoxication does not constitute a defense to the commission of crime.

(b)  Evidence of temporary insanity caused by intoxication may be introduced by the actor in mitigation of the penalty attached to the offense for which he is being tried.

(c)  When temporary insanity is relied upon as a defense and the evidence tends to show that such insanity was caused by intoxication, the court shall charge the jury in accordance with the provisions of this section.

(d)  For purposes of this section “intoxication” means disturbance of mental or physical capacity resulting from the introduction of any substance into the body.

Being drunk is not a defense to a crime.  However, intoxication can help mitigate a punishment IF and only IF a person is employing a temporary insanity defense.

Sec. 8.05.  DURESS. (a) It is an affirmative defense to prosecution that the actor engaged in the proscribed conduct because he was compelled to do so by threat of imminent death or serious bodily injury to himself or another.

(b)  In a prosecution for an offense that does not constitute a felony, it is an affirmative defense to prosecution that the actor engaged in the proscribed conduct because he was compelled to do so by force or threat of force.

(c)  Compulsion within the meaning of this section exists only if the force or threat of force would render a person of reasonable firmness incapable of resisting the pressure.

(d)  The defense provided by this section is unavailable if the actor intentionally, knowingly, or recklessly placed himself in a situation in which it was probable that he would be subjected to compulsion.

(e)  It is no defense that a person acted at the command or persuasion of his spouse, unless he acted under compulsion that would establish a defense under this section.

You cannot be prosecuted for a crime, if you engaged in the crime only because you were threatened with Death or serious injury.  This Duress defense will not work if you put yourself in the position to be forced into crime (i.e. involved yourself in a gang).  This defense also will not work if you are claiming your spouse is the one that put you in the threatened position to force you to commit the crim.

Here is What the Texas Penal Code Says on Entrapment

Sec. 8.06.  ENTRAPMENT. (a) It is a defense to prosecution that the actor engaged in the conduct charged because he was induced to do so by a law enforcement agent using persuasion or other means likely to cause persons to commit the offense. Conduct merely affording a person an opportunity to commit an offense does not constitute entrapment.

If an officer himself puts you personally in a position that would make any person likely to commit a crime, then the person that does indeed fall for the “Trap” cannot then be prosecuted.

Sec. 8.07.  AGE AFFECTING CRIMINAL RESPONSIBILITY. (a) A person may not be prosecuted for or convicted of any offense that the person committed when younger than 15 years of age except:

(1)  perjury and aggravated perjury when it appears by proof that the person had sufficient discretion to understand the nature and obligation of an oath;

(2)  a violation of a penal statute cognizable under Chapter 729, Transportation Code, except for conduct for which the person convicted may be sentenced to imprisonment or confinement in jail;

(3)  a violation of a motor vehicle traffic ordinance of an incorporated city or town in this state;

(4)  a misdemeanor punishable by fine only;

(5)  a violation of a penal ordinance of a political subdivision;

(6)  a violation of a penal statute that is, or is a lesser included offense of, a capital felony, an aggravated controlled substance felony, or a felony of the first degree for which the person is transferred to the court under Section 54.02, Family Code, for prosecution if the person committed the offense when 14 years of age or older; or

(b)  Unless the juvenile court waives jurisdiction under Section 54.02, Family Code, and certifies the individual for criminal prosecution or the juvenile court has previously waived jurisdiction under that section and certified the individual for criminal prosecution, a person may not be prosecuted for or convicted of any offense committed before reaching 17 years of age except an offense described by Subsections (a)(1)-(5).

(c)  No person may, in any case, be punished by death for an offense committed while the person was younger than 18 years.

If a person under 15 years old commits a crime, he cannot be charged with the crime IN ADULT COURT unless:

1.  The child committed perjury (lied under oath) and is smart enough to know that the lie was illegal;

2.  It was merely a traffic violation;

3.  It was a crime that a person can only be punished with Fines (not jail).

5. or any other offense which the juvenile court waived its right to handle

Unless one of these 5 exceptions apply, then an underage person can defend a charge in adult court with Section 8.07 of the penal code.

Do any of these defense apply to your case?  Call our Criminal Defense Attorneys.  They can help!