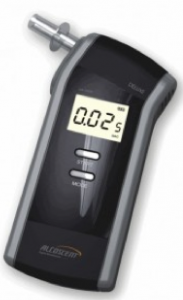 Criminal Defense Attorneys have noted lately that not only is the District Attorney, Susan Reed, tough on DWI defendants, but so too are the local juries.  Several seasoned lawyers have recently said that they recall a time in Bexar County where “not guilty” verdicts were simply more easy to earn at the close of a jury trial.  Now, defense lawyers simply arn’t winning the DWI cases nearly as often.  What does this mean for San Antonio?  Well, obviously this indicates that the the town as a whole is less accepting of drunk driving.  One San Antonio resident said, “I am happy to drink at home, but if I am going out, someone else will have to drive if I drink…even a sip.”  He was sure to emphasize that last part; that even if he has a sip of alcohol to drink, that he will absolutely not drive.  He says he does not trust the police because he has known so many closely, and he claimed that they can be “corrupt.” 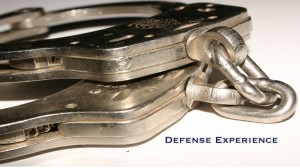 Take the San Antonio DWI case of David Lawrence.  David had never been convicted of a crime. He is 27 years old.  He works as a nurse.  If he ever gets a criminal record, he will likely lose his job.  Knowing this, David is careful never to drive while he is intoxicated, but he does drink a beer or two and drive home on occasion, leaving him safely under the legal limit of a .08 blood alcohol content level.

On October 15th, 2012, David went to Sushi Zushi and ordered one drink, a cucumbertini, which has cucumbers and vodka in it.  David then drove home.  He took a call on his cell phone and got distracted so he violated a traffic rule.  Because of his violation, the police officer pulled him over.  When the police approached David, he began to talk to David and could smell alcohol on his breath.  The Officer asked David how much he has had to drink.  David was always told never to admit to drinking an entire drink to a cop.  So, David lied.  He told the officer he only had a sip.  The Officer then wanted to get David arrested, because the Officer felt David lied.

Despite it all, David is under the legal limit, but David does not know it, and neither does the Officer.  The Officer asked David out of his vehicle to do Standardized Field Sobriety Tests (“SFST”).  While David does not know it, these tests are very subjectively judged, and if an officer wants to fail a person, the officer quite simply can.  So not surprisingly, David fails the tests, all three.  The Officer arrests David for Driving While Intoxicated (“DWI”) in San Antonio, Texas.  After David is put in the back of the police car, he is offered the breath test.  Again, David has always been told not to do those tests because they can be inaccurate.  So, David refuses to take the test.  David is charged formally with DWI.

David hires a criminal defense lawyer in his city.  He takes the case to trial, sure the jury will see that there is not enough evidence to convict him.  But, at the trial, the jury hears about the tests that David failed.  They hear David lied about having only a sip.  They hear David refused to take the breath test.  It is too much for the jury to feel there is any doubt about his guilt.  David is found guilty and convicted of Driving While Intoxicated.

This is generally how it happens, right now in Bexar County, that an innocent person gets found guilty of DWI.

In conclusion, many people are arrested of DWI in San Antonio on a Daily basis, and it is becoming difficult even for the innocent people, to prove innocence.   In light of these trends, the safest way is just never to drink a sip and drive home.