Is it Possible to Avoid Jail Time?

It is possible to avoid facing jail time if you have been charged with a DWI in San Antonio, Texas.  Your criminal defense lawyer will talk to you about strategies for avoiding the outcome of jail, and will discuss avenues for resolving the case.

Steps You Can Take to Get Your Wrongful DWI Charge Dismissed

Below is a Story of a Typical DWI Case in San Antonio, Which Offers Some General Legal Advice 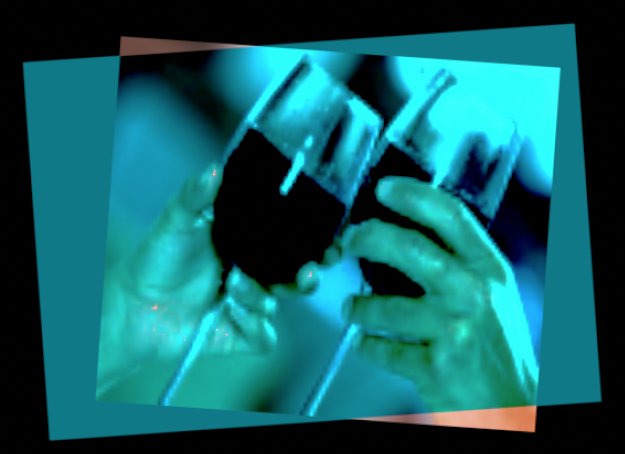 David was a great guy.  He lived in San Antonio, Texas his entire life.  His wife and kids live right off of Callaghan and i-10 right in the middle of San Antonio, Texas. David works at Red McCombs Ford.  He is good at his job.  One day, one of the guys (Jeff) invited David to his big Bachelor party which was starting at 7:00 p.m. at the rim Stonewerks.  When David arrived, he and the guys got a couple a beers.  But then someone bought the guys a bottle of wine to congratulate the groom on the bachelor party.  David had already had his couple of beers but he didn’t want to snub the wine.   Then, Jeff, the groom said okay, time for the next bar.  (He chose Sugar’s) 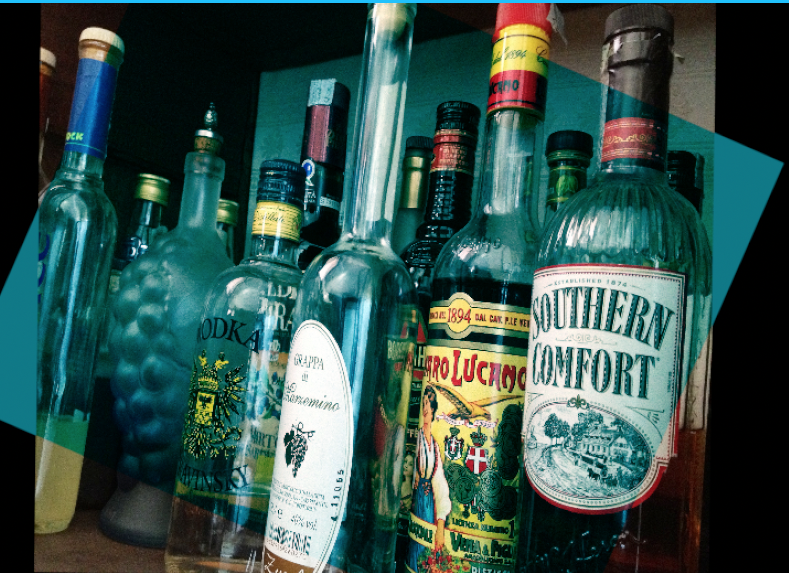 At the new bar, David  threw back a couple of shots and thought about how his drive home was less than three minutes from the club.   The guys hung out for a few hours and by now, it was midnight.  David was going to go home, but just to be safe he drank some water for an hour and just hung out.  After all, David was no chronic drunk driver.  He had never been arrested in his life.  By 1:00 A.M., He figured he had duly sobered up, and so he said his goodbyes and headed home to his wife and kids. 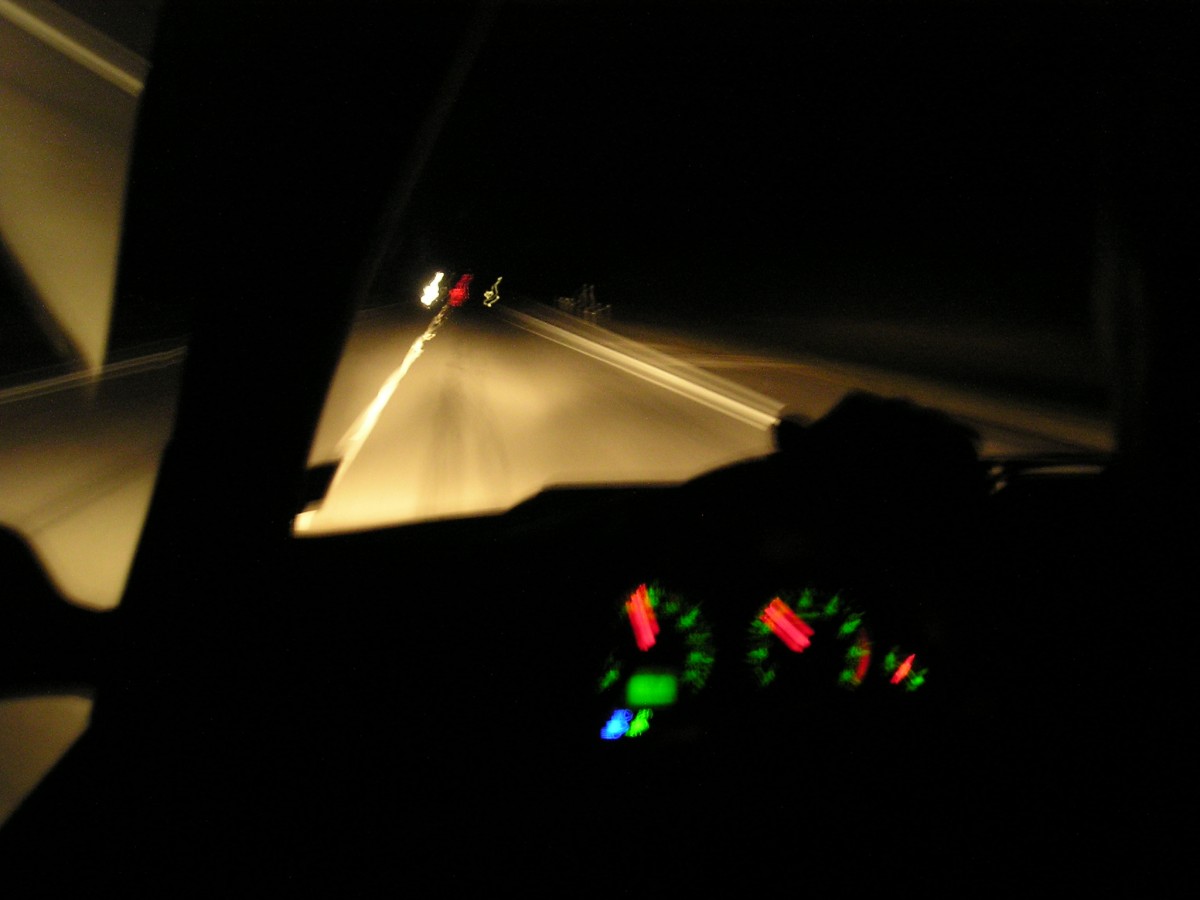 David noticed he still felt a bit “buzzed” as he drove home, so he drove very cautiously and tried to over compensate for any intoxication he may have been experiencing.  In David’s mind, he was driving better than he does when sober. 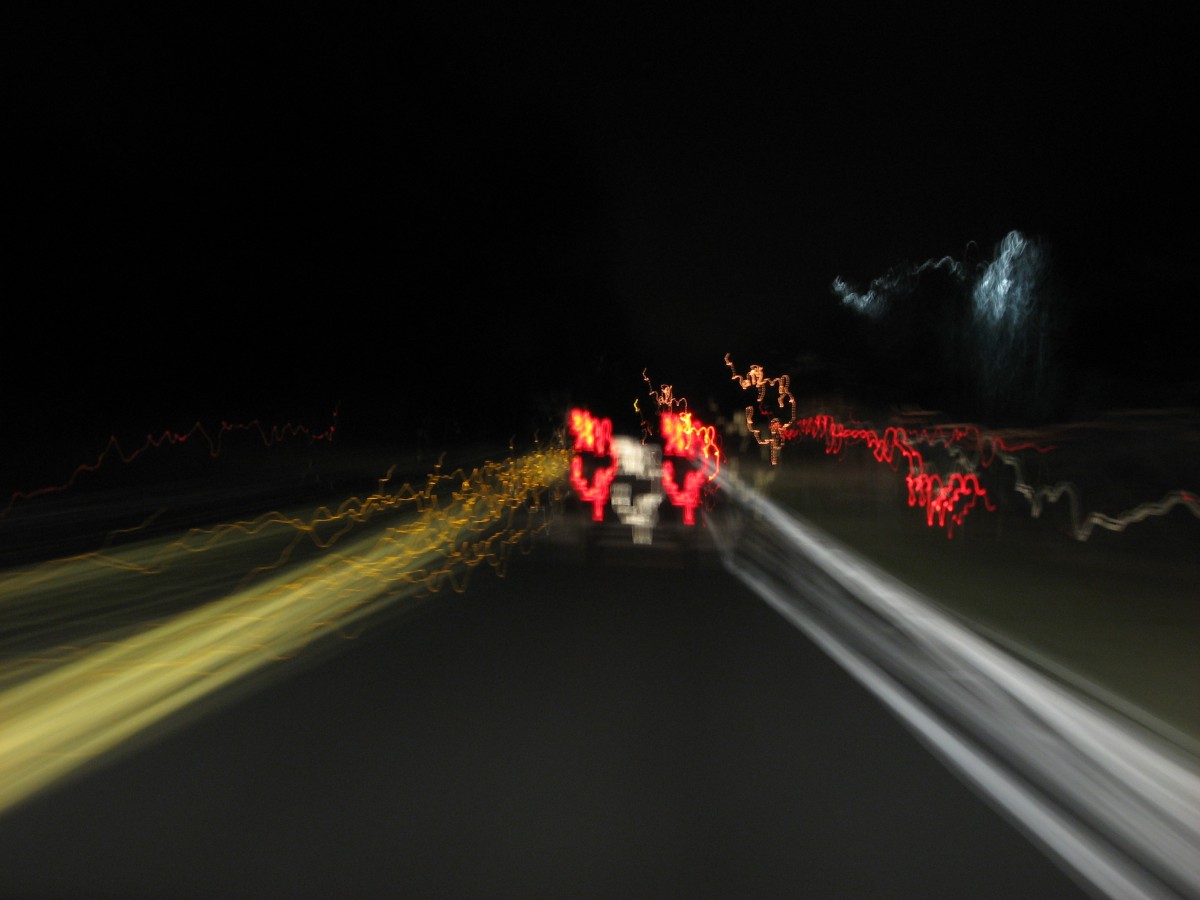 But, in fact, David’s driving wasn’t as good as he thought.  An Officer saw David driving, and began to follow him (unbeknownst to David).  The Officer turned on his vehicle video camera and let it roll as David swerved over the yellow line a few times.

Chapter 4 of Drunk Driving– Getting Pulled Over 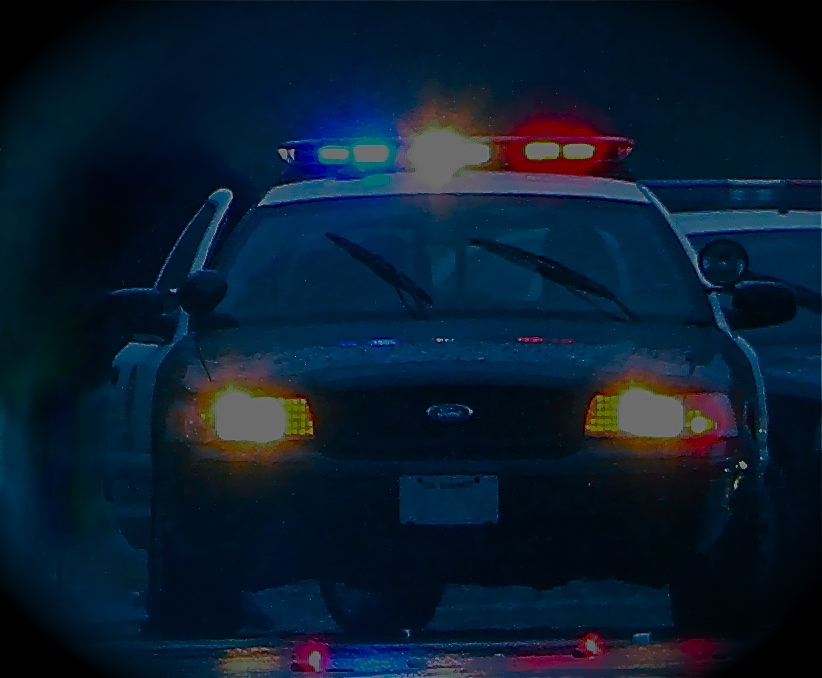 David noticed the police lights when he looked in his rearview mirror.  David knew he was not intoxicated in his own mind.  He barely felt buzzed.  He had a pretty clear mind.  The Officer approached his vehicle and asked him for his license.  David had a very disorganized wallet and thus could not find his licenses quickly.  Little did David know, the delay in finding his license is actually a factor that is used against him when the officer is assessing whether he is intoxicated.   David’s clothing was a mess.  But, in general, David had a bit of a disheveled look, so this was the norm for David.  Yet, still this is a factor that the Officer took into account when deciding whether David was intoxicated.  The Officer asked David to step out of his vehicle, and he did.  But, he did so slowly.  Moving slowly and using the car for support is another factor the Officer assessed against David.  By the time David was out of the car, the Officer smelled the alcohol on his breath, and already knew he was going to arrest him.  Now, the question was front his point forward, how much evidence could he get on camera to prove that David was intoxicated. 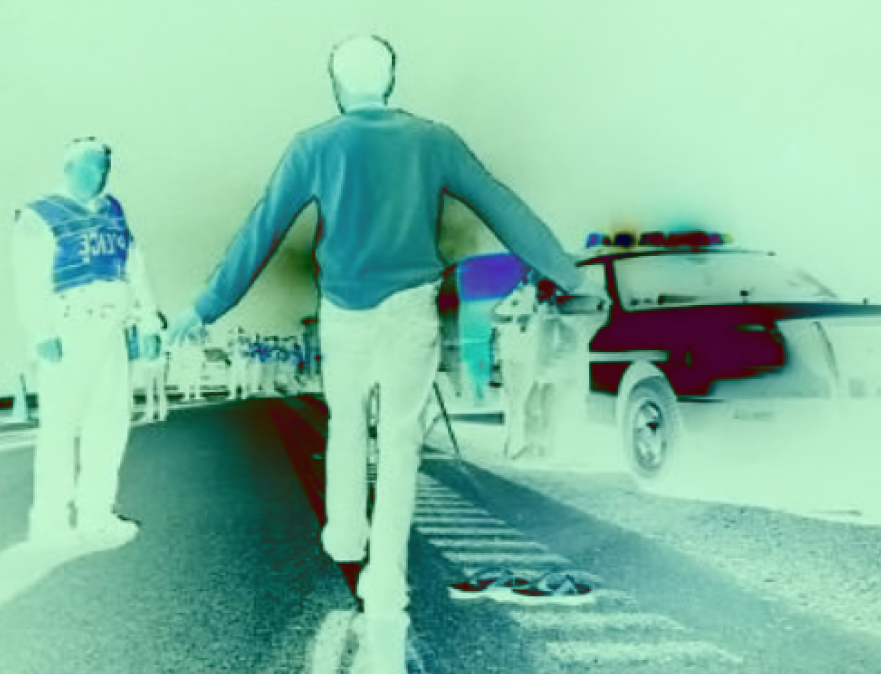 The first thing the Officer had David do was stand right in front of the police car, in the police headlights.  David, didn’t know this, but that is the best position for the Officer to video tape David.  He asked David to stand with his feet together, and not to move as he conducted the Horizontal Gaze Nystagmus test.  The Officer was just looking to see if David’s eyes were shaking, which is a sign of intoxication.  Many things can cause Nystagmus, such as a head injury or certain medicine.  The Officer noted that David’s eyes were shaking and so David failed this first field sobriety test, but the Officer did not tell him this.  He simply asked him to do the next test.  This time, the Officer asked David to walk on an imaginary line 10 steps one way and 10 steps back.  There were many instructions to go along with this walk and turn test, but David could not keep track of them all.  He just did his best, and assumed the test would show he was not drunk.  David failed this test too, but the Officer didn’t tell him this.  Instead he had him do the next test, the one legged stand test.  This time David was told to stand on one foot, along with many other instructions to go with this general stand on one foot rule.  So, he stood on one foot and never put the other foot down.  In order to balance, he moved his arms and loose leg around, working hard to stay on one foot.  David was no coordination king, but he put up a good effort.  He failed all the tests.  At this point, David was already doomed with a Driving While Intoxicated charge, but again, the Officer didn’t tell him that.  It was time for the breathalyzer test. 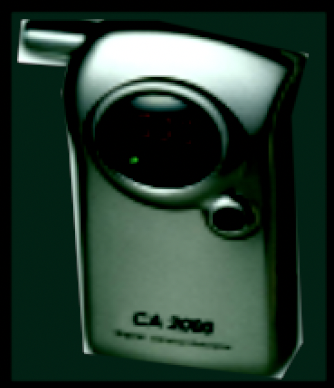 Chapter 6 of Drunk Driving– the Breathalyzer

Now that the Officer was done with the field Sobriety test, he offered David to take the breathalyzer test.  By now, David was catching on that the Officer was not going to let him go.  He also vaguely remembered hearing his police officer Cousin say that the breath test was a bogus out of date machine that does not give proper reads on blood alcohol content most of the time.  So, David was battling in his mind whether he should take the test or not.   He decided to refuse the test.  This means that he would have to take the blood test back at the police station.   The Officer informed David that if he refused the test, his license would be suspended . David thought about how close his house was, and explained to the officer that his house was really close, and he could just have his wife pick him up.  This pleading did not help David.  The Officer informed David that he was under arrest.

The Officer is annoyed that he could not get the breath test from David, so he quickly tells him his Miranda Rights, and informs him he is under arrest for Driving While Intoxicated.  He puts him in the police vehicle, and calls the tow truck company to impound his car.  David sits in the police car, and watches the Officer search his Ford Focus.  Watching the Officer go through his car really bothers David.  Watching the guy tow his car, with no regard for the paint job or anything else ignites anger in David.  He starts yelling from the car.  Little did he know, his every move was being video record from the back of the police vehicle.  Now the Officer can prove not only did he fail his field sobriety tests, but he looks belligerent too. 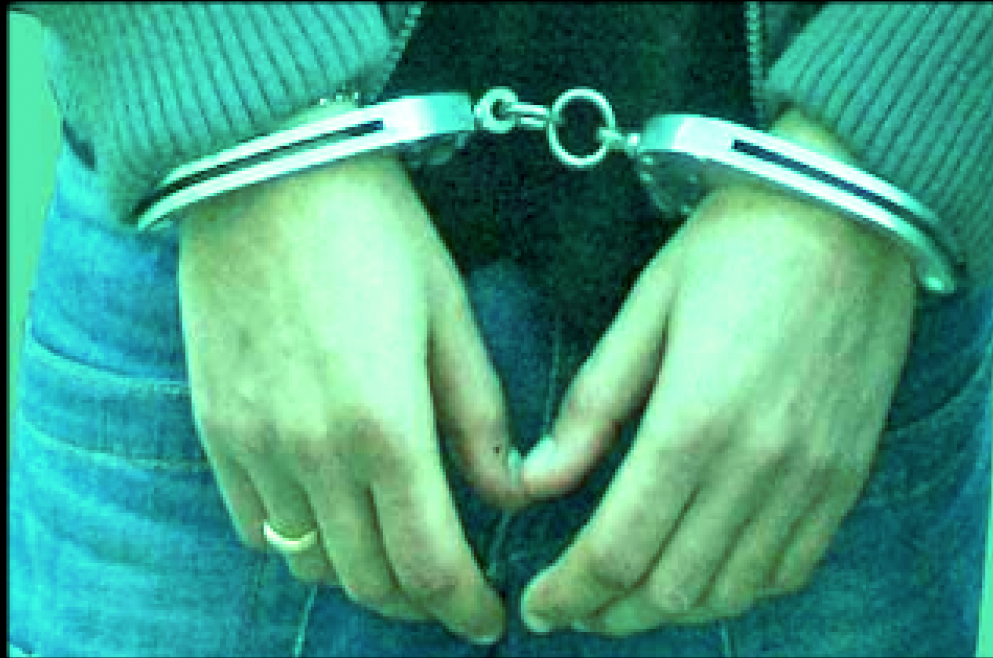 David had to call his wife to bond him out with their family emergency money.  David hired the Cook & Cook Law Firm to defend his DWI / drunk driving charge.  His Attorney set the case for trial. 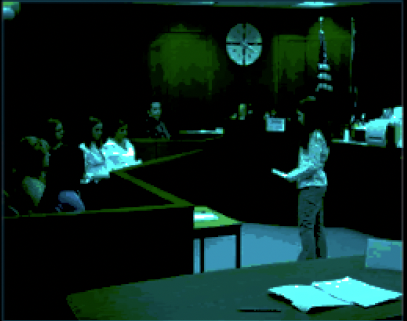 David’s Attorney explained the Drunk Driving Laws to him in detail.  David Learned that for his 1st DWI offense, David had to do 3 days in jail at a minimum and could face 6 months in jail and a $2000 fine.  If David loses his trial, he will have to do up to 2 years on probation, get ignition interlock installed on his car, do 50 hours of community service, all kinds of DWI classes, and pay supervisory fees.  David is awaiting his jury trial.

The following law applies to drunk driving for Texans: