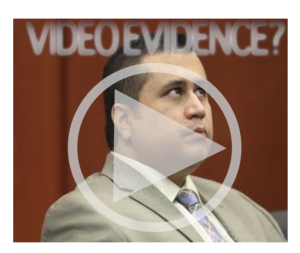 Imagine that you are a criminal defendant.  You have been charged with the crime of murder.  One day, in the middle of the afternoon, a man approached you, and for no reason, physically attacked you.  In your defense, you pulled your concealed carry weapon and shot him, leading to his death. (We are using these facts as an example, not as a proposed reiteration of the Zimmerman case).  Now, you are charged with murder.  At the closing of your jury trial, your attorney gets to argue to the jury why you are innocent.  As always, the attorney will have the ability to use visual aids in explaining to the jury your side of what happened.  Everyone has agreed for ages that visual aids help people to understand.  But, with the increasingly accessible myriad of useful technology, your lawyer does not want to use just any visual aid.  Your lawyer wants to use a video.  This video will be a cartoon like animation of your side of the story.  The video will show the jury a guy (depicting you) walking down the road, getting inexplicably and violently attacked.  Helpless you take the beating, call for help, and finally when the situation is no more than hopeless, the video shows you pull your weapon and shoot.  While telling the jury this side of the story may be helpful, if it comes from the mouth of a good story teller, it just cannot match the effectiveness of a video, that pours the tale into the visual mind of every jury, in an unforgettable and clear, easy to consume manner.  Videos are here.  And, they are entering our courtrooms.

The increased use of Video evidence in criminal (and civil) cases is inevitable.  The implications of this for criminal defendants and US citizens as a whole are huge for exactly the reason the above story stated.  Namely, videos are memorable.  They are more persuasive than the traditional talking head approach used by lawyers in trial.  But, are videos allowed?  The Zimmerman Trial Judge is allowing the use of a video in the defense’s closing argument.  Importantly, the video that the defense will use in the Zimmerman Trial will not go back to the jury room during the deliberations.  Rather, the video will be used only for the jury to view one time during the defense’s closing argument.  This use of video evidence is called “demonstrative evidence”.  This is the type of evidence that is used simply for the purpose of explaining a concept.

As the latest generations of lawyers graduate from law school and pass the bar exam, the population of lawyers that know how to use and create videos in the courtroom will increase.  While it may be true that your lawyer can hire an outside source to make a video, it is certainly the case that a lawyer is more likely to use a video he or she can produce without the added expenditures of outside help.  In other words, the more technologically savvy young lawyers are likely to venture into this world of video creation for its clients.  The use of these videos can make (or if you are the opposing side, break) cases for clients.

As a huge advocate of this type of technology, and as a San Antonio Criminal Defense Lawyer, I have learned how to use every type of software program mac offers to make videos for my clients.  I have seen tangible results from using these videos.  For instance, if an innocent client is charged with DWI, our Firm takes the video that the police station took of the Client driving.  We break it up into short sections and project the video in front of the jury while we cross examine the police that accused the client of driving poorly.  This enables us to show the jury that the officer may have been exaggerating.  Without a piece by piece video, it would be our word against the officer’s word.  There is absolutely nothing better than the use of video evidence to show a jury your side of the case.  This is why the defense in the Zimmerman case took the time to create an animation, and why we will come to expect animation in all prominent trials.  Thus, one question to ask your lawyer before hiring him or her is, “Do you use video evidence in your firm?”  The answer at Cook & Cook is a resounding YES.