Congratulations to DWI Attorney Justin Cook for winning the ALR license suspension hearing against his Client, which took place last week!!!  The Cook & Cook Law Firm was notified via fax that after the hearing, the Administrative Law Judge decided to reinstate the originally suspended license.  Licenses are often suspended when parties are pulled over for DWI.  The Cook & Cook Client, whose name will remain anonymous, was pulled over because the State Trooper alleged that the driver failed to change lanes when a police car had its emergency lights running on the highway.  It was also alleged that the DWI Client was speeding.  Both allegations were shown to be inaccurate at the hearing.  Great Job, and congratulations. 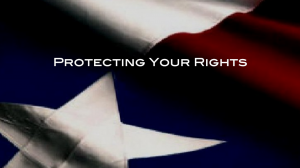