With all the accessible background checks available in Texas today, many people whom have been arrested or charged with crimes want to fix their blemished criminal records. This article will deal solely with instances in which a person can quite literally erase the arrest from one’s records for purposes of both private and governmental agencies. Such “erasing” of the criminal record is called an “expunction” and is sometimes also called an “expungement.” 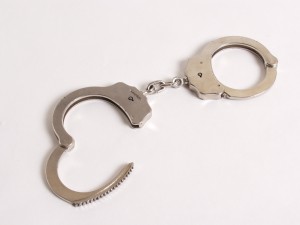 When I say “erase” your criminal record, I am referring specifically to the effect of expunctions. Texas law provides that generally once a person expunges his or her records, the release of information as to his or her arrest is illegal. Thus background checks can no longer lawfully reveal the occurrence. Also, once your record is expunged, “you may deny the occurrence of the arrest and the existence of the expunction order.” C.C.P.Art. 55.03. In other words, the law says that you do not need to disclose an event to an employer if it has been expunged.

There is a very particular group that has a right to have this erasing of the criminal record. I will summarize what this long statute means below. The law states precisely the following:
“Art. 55.01. Right to Expunction

(a) A person who has been placed under a custodial or noncustodial arrest for commission of either a felony or misdemeanor is entitled to have all records and files relating to the arrest expunged if:

(1) the person is tried for the offense for which the person was arrested and is:

(A) acquitted by the trial court, except as provided by Subsection (c) of this section; or

(B) convicted and subsequently pardoned; or

(2) each of the following conditions exist:

(i) the limitations period expired before the date on which a petition for expunction was filed under Article 55.02; or

(ii) the court finds that the indictment or information was dismissed or quashed because the person completed a pretrial intervention program authorized under Section 76.011, Government Code, or because the presentment had been made because of mistake, false information, or other similar reason indicating absence of probable cause at the time of the dismissal to believe the person committed the offense or because it was void;

(B) the person has been released and the charge, if any, has not resulted in a final conviction and is no longer pending and there was no court ordered community supervision under Article 42.12 for any offense other than a Class C misdemeanor; and

(C) the person has not been convicted of a felony in the five years preceding the date of the arrest.

(a-1) Notwithstanding Subsection (a)(2)(C), a person’s conviction of a felony in the five years preceding the date of the arrest does not affect the person’s entitlement to expunction for purposes of an ex parte petition filed on behalf of the person by the director of the Department of Public Safety under Section 2(e), Article 55.02.

(b) Except as provided by Subsection (c) of this section, a district court may expunge all records and files relating to the arrest of a person who has been arrested for commission of a felony or misdemeanor under the procedure established under Article 55.02 of this code if the person is:

(1) tried for the offense for which the person was arrested;

(2) convicted of the offense; and

(3) acquitted by the court of criminal appeals.

(c) A court may not order the expunction of records and files relating to an arrest for an offense for which a person is subsequently acquitted, whether by the trial court or the court of criminal appeals, if the offense for which the person was acquitted arose out of a criminal episode, as defined by Section 3.01, Penal Code, and the person was convicted of or remains subject to prosecution for at least one other offense occurring during the criminal episode.

(d) A person is entitled to have any information that identifies the person, including the person’s name, address, date of birth, driver’s license number, and social security number, contained in records and files relating to the arrest of another person expunged if:

What does this long winded section of the Texas law mean? Basically, it means that unless your case was dismissed, either by winning a trial, or by some other means, you cannot have your record entirely erased. Importantly, a person may still have the opportunity to do what is called a “motion for non-disclosure” for his or her criminal record but that discussion is for another time.

Significantly, Texas defendants without prior criminal records are often given what is called “deferred adjudication probation.” It is a special kind of probation where at the end, a person’s case is “dismissed.” This type of dismissal is not the kind that allows a person to expunge his or her record. As I am sure you can see, many people find that when they are trying to erase their criminal records, it is best to call an attorney who is licensed to practice law in Texas. The attorney will be able to tell you whether you qualify for an expunction and what other options are available as well. Connor Law Office would be honored to assist you with your criminal record.