Congratulations to Attorney Megan Cook and to her Client who got his Driving While License Invalid Enhanced Case DISMISSED today, October 11th, 2012.  The DWLI case was dismissed due to insufficient evidence.  The stated Client hired Cook & Cook two months ago to fight the false charges. 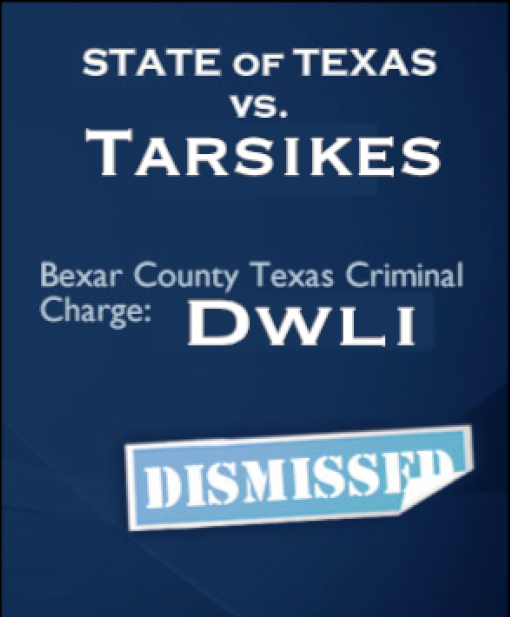 For Information on what to do if you need to drive and your license is invalid, click here.

What is “DWLI” anyway?

DWLI is a class C misdemeanor if it is a first time occurrence, which  means a person will essentially be given a traffic ticket with fines.  But, for the case that was dismissed as mentioned above, that case was different than a regular DWLI, because it was a DWLI enhanced.  This means that the client was charged with having gotten a second DWLI.  DWLI enhanced charges are class A misdemeanors that can result in 1 year of Bexar County Jail time, and up to $4000 in fines.

How to Fight a DWLI Case

As with all criminal charges, there are perhaps hundreds of ways to assess any given case and determine whether or not the case is winnable against prosecution.  One particularly notable defense to DWLI charges is that if you got your license suspended, and were not properly informed of the suspension, then that is a defense to driving while your license was invalid.  How can you be a criminally charged with something if you did not know you were violating any laws, is essentially the theory there.  Though, this defense will not work if your license was suspended due to something like a DWI conviction where you had to have had notice at some point from your legal counsel that your license was suspended for a given period when you got the DWI conviction.

The following Texas DWLI law applies to the above mentioned case: