Have you ever been pulled over and asked whether you have been drinking, when you had not been drinking at all? This article is about what causes an Officer at the outset to believe you may be driving while intoxicated.

Police look for specific clues when they are attempting to locate  drunk drivers. Those clues are written by the National Highway Traffic and Safety Association (“NHTSA”).  DWI Criminal Defense attorneys know this manual well (or at least they should).  The NHTSA website offers several avenues to links that can help attorneys or clients to understand the process of identifying and arresting a drunk drivers.  The Cook & Cook Law Firm has used several NHTSA (pronounced “NitSA” by lawyers) to make the below enclosed chart: 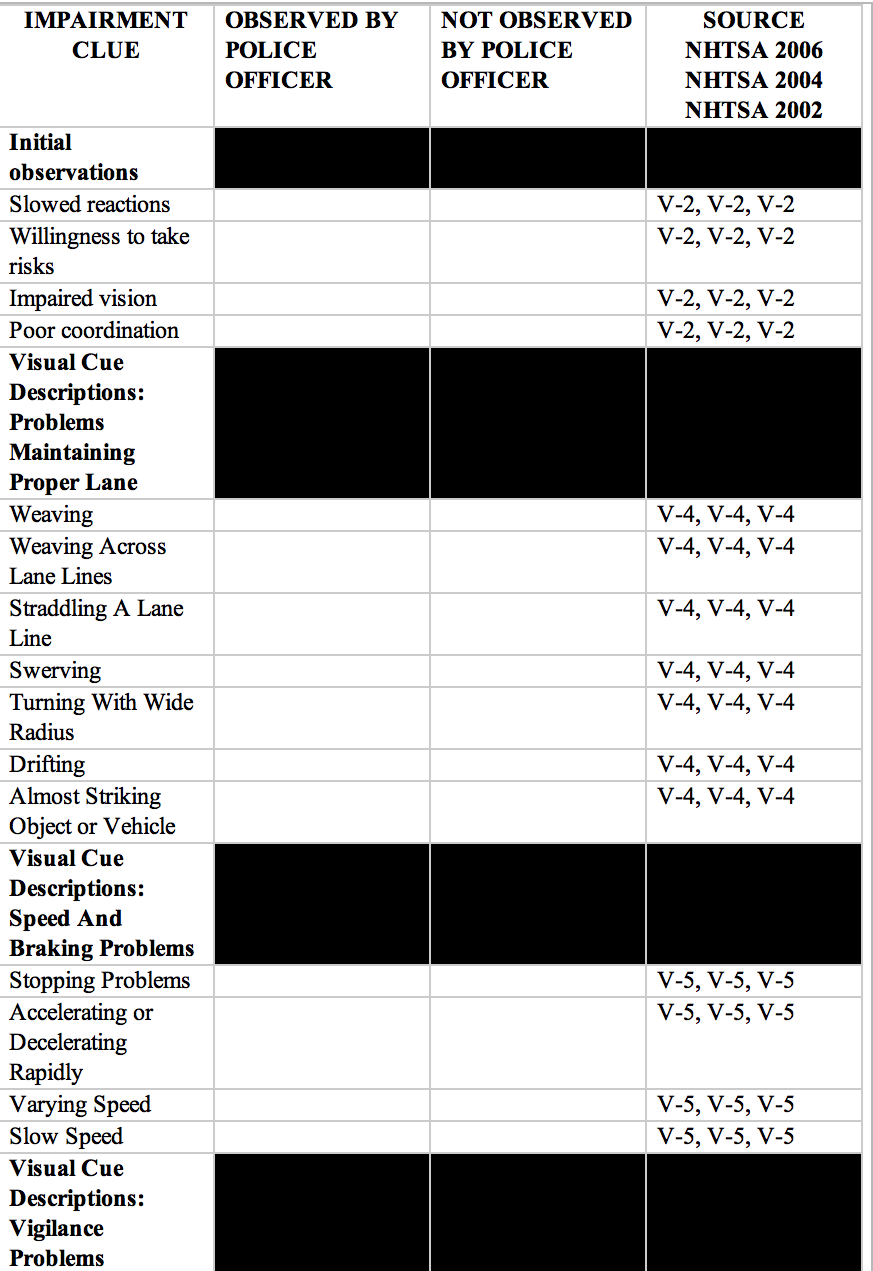 Drunk Driving — What Officers Look for 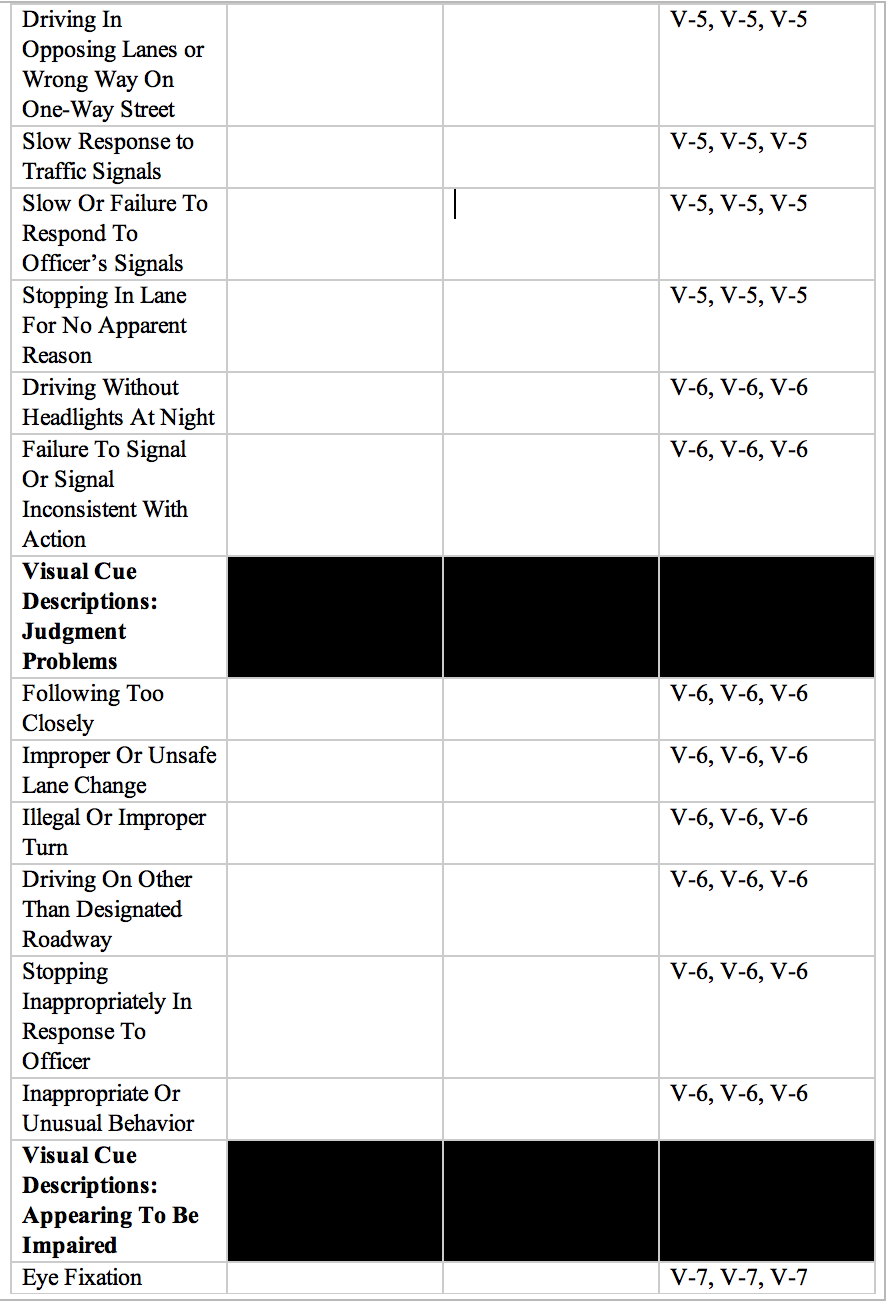 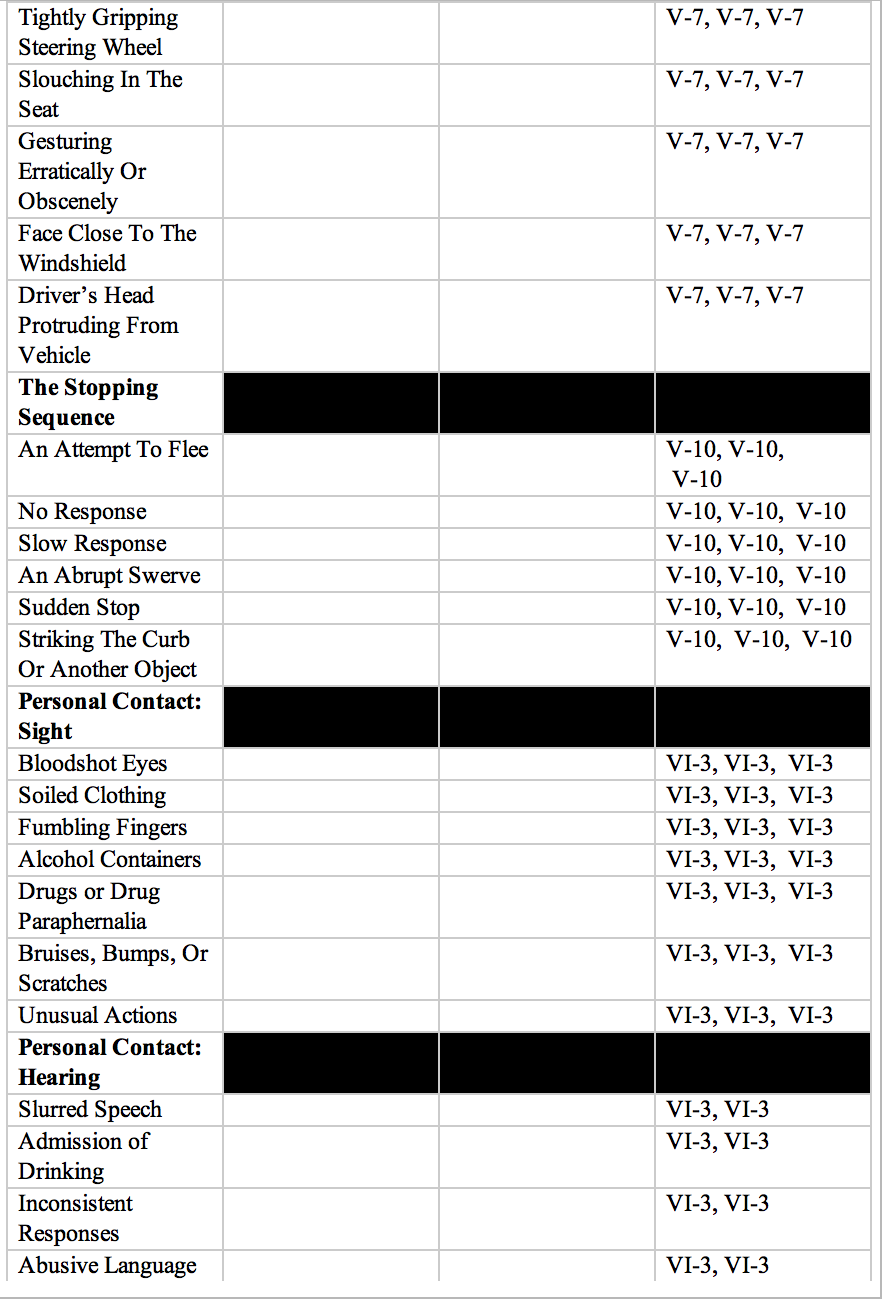 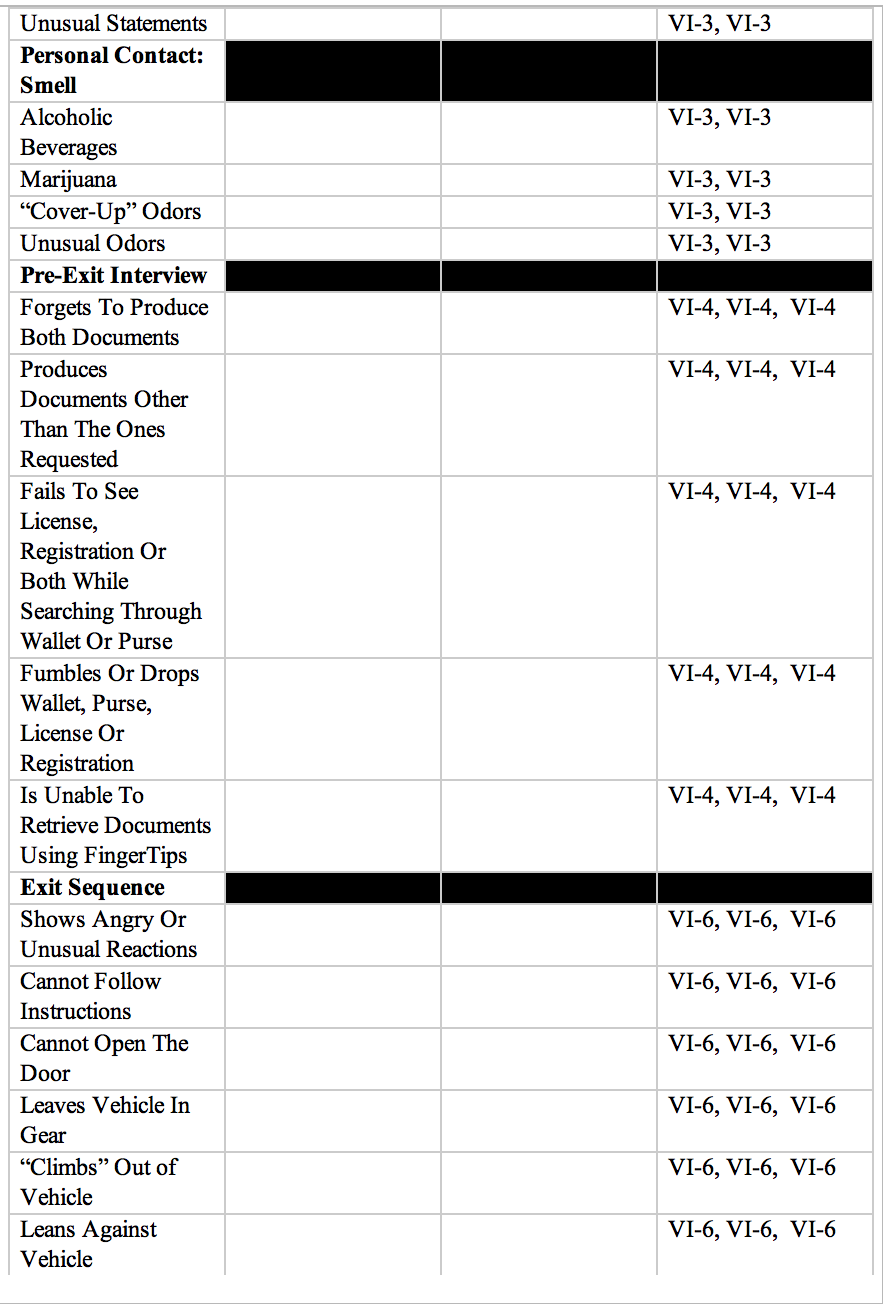 The LEFT column displays the drunk driving clues Officers are trained to observe when deciding whether to pull a person over and then ultimately arrest the person.  The middle columns are for the defense attorney to use during a cross examination of a police officer.  The far right column is used to quickly reference what NHTSA manuals provided that those clues were indeed indicators of intoxication.

You will note that the first group of clues relate to the initial things an officer might observe when he first sees a person he suspects of drunk driving.  The Officer will look for impaired vision and poor coordination, slowed reactions and willingness to take risks.  Of course the problem with using these clues and signs that a person has just committed a crime are that they are relative to the individual.  For instance, Sally may be naturally clumsy with bad eyes, and is therefore slower to take risks.  If this is so, she would display all of the clues in the first section of the chart, and would be displaying things Officers are trained to notice as “drunken” flags.

The second set of clues involve a persons driving.  If a person does not maintain a single lane, or weaves, straddles a lane or swerves, these are to be taken as signs of intoxication.  Again, these clues are problematic in that any person that has ever driven has weaved, or failed to maintain a single lane.  We do not want “clues” that make it so easy for an Officer to mistakenly identify a bad driver as a drunk driver.

Even accelerating or decelerating rapidly are viewed as signs that a person could be intoxicated and would therefore be included in a person’s police report.  Driving slowly too, is considered a clue.  Getting used to those new brakes of yours?  Better make sure you are not decelerating or accelerating too rapidly, because if you are, you could be giving officers on the road the wrong “signals”.

If you are like me, sometimes you get lost driving in a big city.  Make sure not to stop in the road way while you are attempting to get your GPS signal up, as stopping in a lane is considered a “clue” that you may be drunk to NHTSA trained officers.  In fact, you look carefully at the cart above, you will see that almost anything you could do wrong while behind the wheel can result in you giving an officer a clue that you are intoxicated.

Among some of the silly clues officers are trained to look for, here a few of the worst indicators:

Among some of the Better Clues in the NHTSA Manual that Officers are trained to look for: