Court Appointed Lawyers Do Not Make Enough Money to Be Good

We have discussed the difference between a court appointed attorney and a hired attorney briefly in previous articles.  But, today, we seek to give you some quick facts for your to reference when you are deciding whether to hire a lawyer or whether to go with the court appointed. 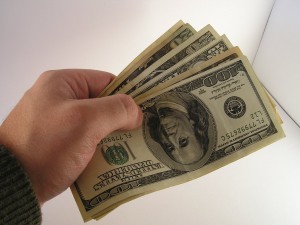 A Court Appointed Lawyer Makes $140 For the Entire Lawsuit

My Advice on Court Appointed Lawyers for misdemeanor cases:  Do not accept the services of a court appointed lawyer

Where once the pay scale for these attorneys was enough to compensate the lawyer, now the pay scale motivates rushed, sloppy lawyer work, if you can call it lawyer work.  Appointed lawyers at this pay rate, are more like glorified plea deal coaches. Instead, hire a lawyer that takes payment plans.  Your case is a huge investment into your life opportunities and your criminal record.

BUT, Felony Court Appointed Lawyer Services Are Worth Considering

Unlike misdemeanor cases, appointed felony cases pay the local attorneys enough money, so that the attorney can afford to do a proper job.  Many highly respected lawyers in Bexar County, accept felony court appointments.  If you are indigent, and need a good attorney, it is certainly okay to consider the appointed attorney you are given.  If the relationship does not turn out, you can always fire your lawyer, and hire a person of your choosing.

Here, you can find a similar perspective as this article from another attorney.

In my opinion, paying a court appointed attorney $140 flat rate for an entire lawsuit is the constructive equivalent as denying a person’s constitutional right to have an attorney.  Having an attorney that has to essentially pay to represent a person, is often as good as having no attorney at all.  This payment scale is insulting to the legal professional and to the citizens that need good legal service.