“Common law marriage” is what we title a couple when they have never gone before a religious pastor or priest to say the famous “I do,” and the couple has never signed a marriage license, but we still consider them to be married per say.  If a couple is considered to be common law married, then then both spouses enjoy the same rights and privileges of any regular spouse as under the family law of the state in which the spouse is residing. It should be noted that all of the  states Define Common Law Marriage in a variation of ways.

This article focuses on the common law marriage of a Texan.  Here in Texas, if you live with someone for any period of time, you tell others that yal are married AND you both actually agree to be married, then you are considered married! It does not take much to be married, just these three things as stated: 1) cohabitation; 2) representing to others a marriage; and 3) agreement to be married.

What Happens If You Are NOT Common Law Married?  What Rights Do You Have?

The analysis is simple if you were common law married.  You have the same rights to property, child support and child access as would any spouse.  But, in the event that you are not considered to be common law married, your property rights diminish substantially, if not entirely.  Having conducted exhaustive research on this issue, we can confidently state that a fiance that has vested time and effort into the future spouse, has virtually no rights to property as would a spouse.  Simply put, the law will treat a fiance no differently than a new girlfriend or boyfriend.  Again, a fiance or ex-fiance has no rights to request a settlement from the estate of the other, as would a common law husband or wife. 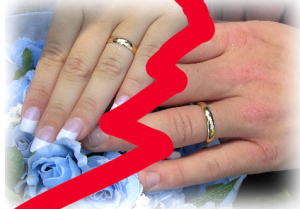 Divorce or Separation After a Common Law Marriage

As a fiance, there are some regular civil causes of action that may be applicable to bring against an ex-fiance.

1. Unjust Enrichment
This is a lawsuit that is brought against someone who receives benefits unjustly and should pay for the benefits received. Janie, we have not talked extensively about what you may have done to aid in giving your fiance a better life for the last 7 years, but if you did anything for him, such as hosting parties, keeping his books, or any type of service, you may have a claim for unjust enrichment. This type of lawsuit is brought when someone has obtained a benefit by exerting an undue advantage over the other.2. Promissory Estoppel
There is a lawsuit called promissory estoppel, where you would essentially argue that your husband/wife made a promise to you, that you relied on this promise, and that as a result of the promise, such injustice has resulted that the promise must be upheld to create justice.

Basically, this sort of lawsuit might apply to you, if your fiance had promised something to you (such as the promise to buy you a house) and that you relied on this promise by selling your own house, and now the only way to make it right is to force him to buy you the house still. Wheeler v. White, 398 S.W.2d 93, 96 (Tex.1966) is a case that discusses this sort of lawsuit.

3. Breach of Fiduciary Duty
“A fiduciary duty may arise even before marriage. In Andrews v. Andrews, 677 S.W.2d 171, 174, (Tex.App.–Austin 1984, no writ), the Austin appellate court held that a fiduciary duty existed between a couple who had been seeing each other for approximately seven years, were living together and engaged to be married, and who had agreed to purchase a house jointly for use as their marital residence.” Here are two other cases where NON-married couples prevailed in breach of fiduciary duty cases: Turner v. Miller, 618 S.W.2d 85, 87 (Tex.Civ.App.–El Paso 1981, writ ref’d n.r.e.) (a close, family-like relationship between elderly woman and a younger couple was a fiduciary relationship under the facts of the case); and Adickes v. Andreoli, 600 S.W.2d 939, 946 (Tex.Civ.App.–Houston [1st Dist.] 1980.

Here are two more cases that decided on breach of fiduciary duty in the context of romantic relationships differently: Hubbardv. Shankle, 138 S.W.3d 474 (Tex.App.-Ft. Worth 2004, pet. denied) the court concluded that a romantic relationship does not necessarily create a fiduciary relationship holding that the father’s lover did not have a fiduciary relationship with father. The court reviewed a “putative fiance” somewhat differently in Trojacekv. Estate o/Kveton, 2009 WL 909591 (Tex.App.-Houston [14th Dist.] no pet.)(mem. op.) and held that the already married young veterinarian (who had since been incarcerated) breached his fiduciary duty to his 90 year old “girlfriend” when he had her transfer her property to him.

Basically in a Breach of fiduciary duty case, you would be arguing that because your fiance was going to marry you, that he had a special duty to you. Because of this special duty, his actions may result in a lawsuit. Essentially, you would have to prove that your fiance did something to cause detriment to you economic circumstance. For instance if you were working for him while he was your fiance, and he fired you, this would be a breach of fiduciary duty.

If you had any similar circumstances to this scenario, such as rendering services to him/her that caused detriment to your own economic circumstance, then this may be the proper cause of action. A case that discusses this issue between fiances is Young v. Young, 168 S.W.3d 276 280, 282 (Tex. App. – Dallas 2005, no pet.). If you could bring this lawsuit, you would sue for the value of the overall economic loss you endured.

Another breach of fiduciary duty example woyld be if you both decided to get married and you agreed to sell your house so that you both could live together. If he then put the house solely in his name, causing your overall wealth to deplete, this would again result in a breach of his fiduciary duties to you as his fiance. It is important for you to assess whether any similar circumstances such as this have happened in the last 7 years. A case that discussed this issue is Andrews v. Andrews, 677 S.W.2d 171, 174 (Tex. App, – Austin
1984, no writ).

You would have to show the mental distress you have experienced since learning of the infidelity. This is often a difficult cause of action to prove because the pain one experiences mentally is very subjective.

If you were told any lies, and you relied on those lies to your economic detriment, then you may have a cause of action. For instance, if you were offered a job in the last 7 years, and your fiance told you that you did not need to work because you were to be his stay at home wife, this may be a reliance that could result in an actual fraud lawsuit. There are many types of economic reliance that may be applicable to you. Because I do not know your specific circumstances, I am just suggesting examples for your own analysis.

Because you were both fiances, you may have a lawsuit to bring against your spouse
for constructive fraud. Even if he did not purposefully misrepresent facts do you, his representations had a tendency to deceive you to your own detriment of economic injury. For the deceit, you would seek damages.

For your reference, we have enclose the relevant law from the family code to help aid in your understanding of common law marriage.  The family law statute specifically states:

Sec. 2.401.  PROOF OF INFORMAL MARRIAGE. (a) In a judicial, administrative, or other proceeding, the marriage of a man and woman may be proved by evidence that:

(1)  a declaration of their marriage has been signed as provided by this subchapter; or

(2)  the man and woman agreed to be married and after the agreement they lived together in this state as husband and wife and there represented to others that they were married.

(b)  If a proceeding in which a marriage is to be proved as provided by Subsection (a)(2) is not commenced before the second anniversary of the date on which the parties separated and ceased living together, it is rebuttably presumed that the parties did not enter into an agreement to be married.

(2)  execute a declaration of informal marriage under Section 2.402.

The safest way to protect your estate is to be formally married.  This way there can be no question as to whether you have the right to divorce and obtain a settlement.  Common law marriage, if proven properly, should protect one’s property rights as well as a formal marriage would, but the issue is proving the common law marriage existed in the face of the other denying the same.

If you are not either married formally or informally, you do not have any property rights to the estate of the other, except for the same legal causes of action any normal citizen could take against the ex-fiance in their own right.