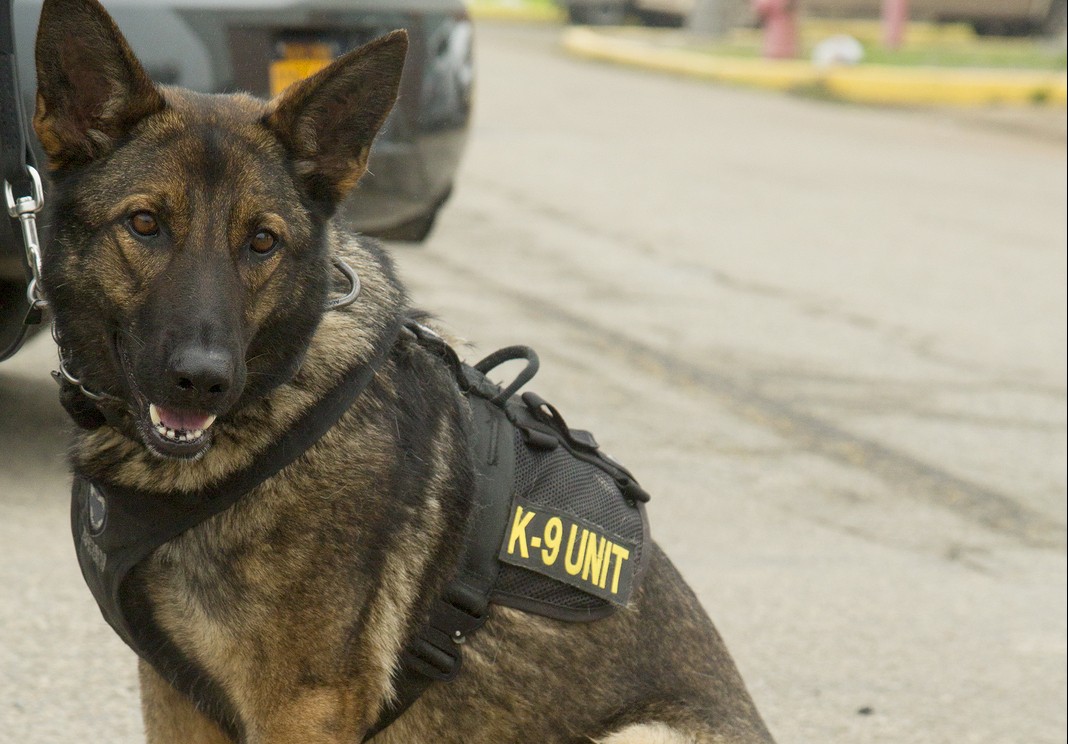 In April of 2015, the Cook & Cook Law Firm was hired to represent a client for a felony Possession of Marijuana charge brought against him by the State of Texas which alleged that he was unlawfully carrying up to 5 pounds of marijuana on a train.  After much investigation into how the police searched the luggage of the young man, our Firm concluded that absolutely, without a shadow of a doubt, the young man was searched unlawfully in violation of the 4th Amendment of the United States Constitution.

Fortunately, we were extraordinarily pleased to see the case through to the end in what we feel is an absolute victory not only for the client, but for every citizen of Texas and of the United States.  When the justice system allows a young man to win a case against the big State of Texas, because his rights were violated, that can only mean that the rights themselves are alive and well.

Below is a redacted picture of the Dismissal obtained for the felony possession charge on October 9, 2015. 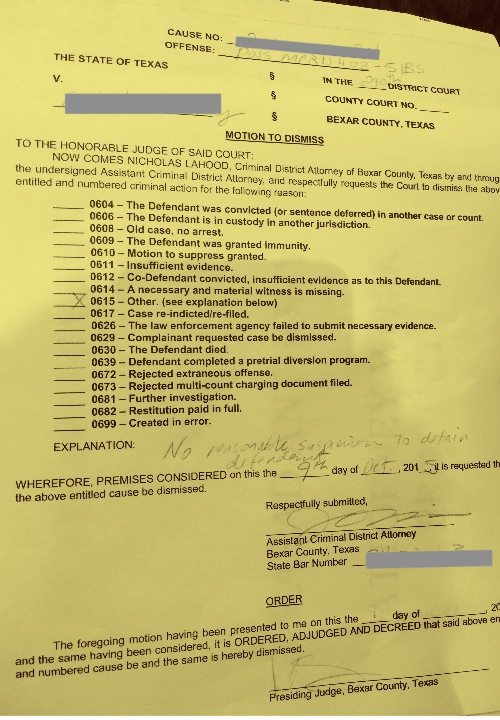 What Happened to Joe the Day He Was Arrested

In this particular case, as detailed in the police report, the young man was on a train, which at the time of the police search, was going from El Paso to San Antonio.  At El Paso, an undercover police officer approached the young “Joe” (called Joe for purposes of this post only), who was a black man in his twenties,  and asked him where his luggage was. Joe pointed to his luggage. The officer, after talking to Joe for a while, eventually decided to have his luggage smelled by his K-9.  The K-9, according to the report  of the El Paso police did not alert.  In other words, a dog trained to smell drugs, smelled the luggage and communicated that there were no drugs in the bag.

The Officers, having no reasonable suspicion at that time to continue pursuing the young Joe, left him alone.  But, then the El Paso officer called the San Antonio Police department and told them about Joe and said that his train was headed their way.  So, 12 hours later, the San Antonio Police department boarded Joe’s train and asked him to step off, with his luggage.

He obliged.  The three Officers had a k-9 already at the scene, ostensibly having been prepared to use the K-9 for another shot at bothering Joe.   This time, wallah, the k-9 magically did alert to the luggage, thus giving the police department in San Antonio the ability to get a warrant and open up Joe’s the bag entirely.  When the officers did get a warrant, they alleged that inside the bag was just under 5 pounds of weed.

How The Police Violated the Laws that Protect Us

Here are quick list of the rules about searching people in the U.S.:

What Search and Seizure Rules Were Violated With Joe?

In Joe’s case, the El Paso police department alleges that they had a fully consensual encounter with Joe, wherein they needed no reasonable suspicion to talk to him, or to have a dog smell his luggage.  Remember, that a K-9 smelling luggage is not considered a search.  Once the dog smelled the luggage and did not alert, there was nothing at all that could allow the police to continue investigating Joe.  He had done nothing illegal that they could possibly suspect or have a reasonable suspicion about.  But, then the El Paso Police department called San Antonio, and told them to investigate Joe Further.

The law says, no.  No, once you’ve taken a stab and finding drugs with a dog, and the dog did not alert, you do not get a second bite at the apple in the next city over.  This is a violation of the rules against unreasonable search and seizure.  And, on October 9th, 2015 the State of Texas agreed, because they dismissed this case; and not for insufficient evidence, but for LACK OF REASONABLE SUSPICION (see picture above).

see United States v. Morin, 665 F.2d 765 (5th Cir. 1982) (finding double k-9 search when man is stopped in two airports is a violation of the right against unlawful search and seizure).

The Problem with K-9s

Dogs are awesome.  Cook & Cook rescued a dog that looks like the K-9 above, two years ago and it was the most rewarding thing in the world.  So, I have nothing against dogs–as pets or guards.  But, when one dog does not alert, and 12 hours later a new dog does alert, a few natural questions arise:

If the handler or the dog are “corrupt”, the result is still that the police get a warrant, and get to search the luggage or the person.  If the dog then turns out to be wrong, i.e. nothing was found in the bag, the State can chalk it up to that the imperfect dog was having a bad day.  So, if you are facing a K-9 dog search case there are some things you should do:

These items will help you to effectively cross the officer on whether a warrant issued based on a K-9 search was illegal.

We hope this post will bring some insight to how to attempt to get a wrongful felony possession case dismissed, which involves a k-9.