Congratulations to Justin Cook for getting his client’s burglary case in the 175th District Court of Bexar County, Texas dismissed today.  The Cook & Cook Client was charged with burglary.  Burglary is the legal name for the act of entering a house with intent to steal, or to assault another person.   Depending on the specific facts of the case, the punishment can range from the state jail felony level (2 years jail) all the way to a first degree crime (life in prison).  The client in this case was wrongfully accused of burglary and was very pleased to have all of the charges dropped by the Bexar County District Attorney’s Office. 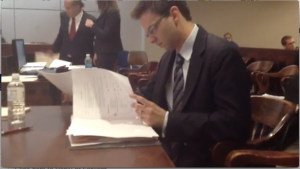